What went well, the bumps I hit and improving for the next show 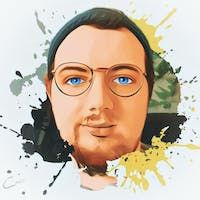 Subscribe to my newsletter and never miss my upcoming articles

Listen to this article

The first AZ Community Roundtable show I hosted is over. I had guest speakers Chris Reddington and Martin Therkelsen introduce themselves, I discussed Microsoft Build news on App Services adopting Cloud Native approach using Kubernetes so it can be used on other platforms. Martin talks about how Infrastructure as Code is being adopted and its place currently in organisations, and Chris brings up what individuals are looking for in a DevOps tools, the features we enjoy and a quick talk on the Azure DevOps vs GitHub hot topic on social media.

And we have made it available on multiple podcast platforms using Anchor:

The content from the speakers worked really well. Allowing speakers to bring a topic to the show, allow them time to explain their topic and opening it up to other speakers to comment and build onto the topic made it extremely engaging. How this format works, Twitter Spaces seems to be a suitable place for this type of casual talk show.

Distributing the recordings after the show was extremely easy using YouTube and Anchor. I will touch on the recording of the show in a bit but being able to use one video recording (used OBS) and extract the audio to then upload to an audio distributor like Anchor allowed me to get the recording out to a wider audience who cannot join live.

There was no overlap in talking, each speaker can see who un-mutes themselves to talk so they can allow one another to talk. This made the audio clear and easily receivable to the audience.

It was the first show I did and a lot involved technically to get this recorded, so there are improvements personally and technically. I have bullet point them below:

The technical issues have been identified, in advance I will be reviewing all settings and making sure the recording starts many minutes before we start the show. There could be justification not to worry about the Twitter Spaces icon activity so there aren't any distraction (this may be excluded in the upcoming show).

With some of these technical worries gone, the 'Um' coming out of my mouth should reduce but what I will be working on in the coming weeks is listening to myself by recording some audio memos. This should get me out of the bad habit of filling gaps when thinking.

Thanks again to Chris and Martin for joining the first show. It was a pleasure and invite both to return on future shows if I decide to proceed with them after the initial four.

Interested in reading more such articles from James Cook?

Support the author by donating an amount of your choice.